Looking Forward to Rally with You Soon !!!
NevadansCAN, Valkyrie Combat, and the Tina Trenner Radio Show wish to thank all who came out and supported our successful Stop the Unconstitutional Red Flag Law event on Sunday, January 19th.

Due to the COVID-19 mandatory shutdown, our March 22 rally will be rescheduled as soon as the ban is lifted… In the meantime, Be Well & Stay Strong!!

Festivities commenced with hundreds of freedom loving patriots with a sense of resolve and passion standing arm in arm in support of NevadansCAN’s Injunction Lawsuit to protect, not only the 2nd Amendment, but all rights being infringed by the Red Flag Law.

Notable speakers, candidates and businesses that participated in this first “Stop The Red Flag Law” rally are:

A very special thanks to all the businesses and grassroots groups who donated drawing prizes, food, drinks and signs:

Heartfelt Thanks To Our Team & Welcome To Our New Members!!!

During the event, NevadansCAN launched their Membership drive. For $25 a year, you will be a part of our action network fighting to preserve and protect our constitutional rights and liberties. By providing email addresses, participants are insured of being kept up to date with NevadansCAN latest initiatives and activities.

NevadansCAN RFL Injunction Lawsuit received generous financial and moral support. However, we cannot rest on our laurels. An enormous amount of work lies ahead of us. We need your help to spread our message. Our Bill of Rights is in peril. We must fight back.

Send this information to your family and friends and urge them to send it to their family and friends. Let’s start a chain request so strong that it will choke the life out of the anti-2nd Amendment and anti-Bill of Rights proponents. Send them a message in no uncertain terms that WE THE PEOPLE fight for what we believe in and believe in what we fight for. 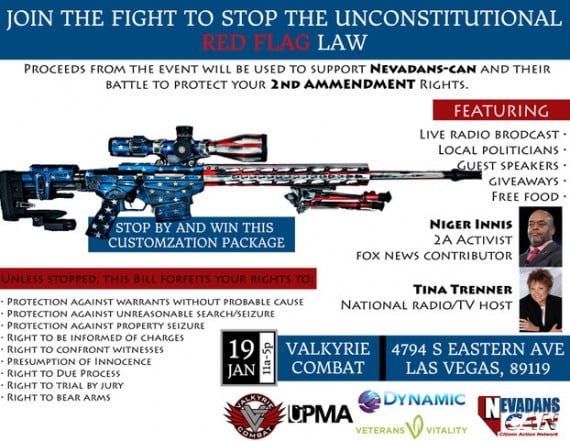